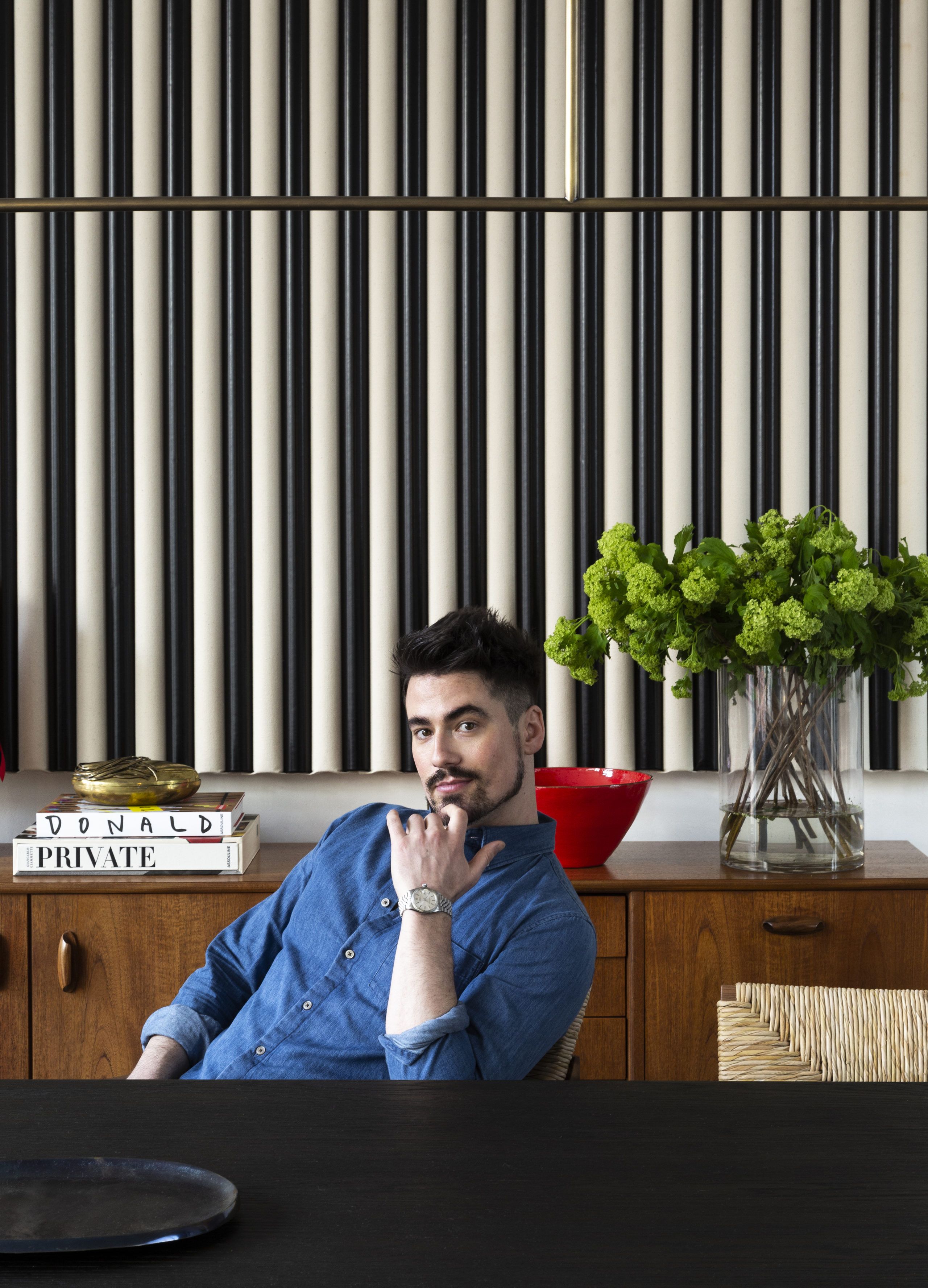 Samuel Amoia’s passion for interior design originated with his extensive international travel, which has allowed him to see and experience first-hand some of world’s most prestigious living environments. Amoia has worked for such industry leaders as Ian Schrager and Hotels AB (Andre Balazs). Most recently, Amoia worked closely with interior designer Stephen Sills, hailed as one of the most influential forces in the field today. Working alongside Sills in his rarefied world afforded Amoia unparalleled creative and business training. Amoia aided Sills in the execution of some of the most important large-scale residential projects in recent years. Amoia has been featured in Architectural Digest, Vogue, New York Times, Forbes, Wallpaper, Elle Décor, World of Interiors, T Magazine, Wall Street Journal, Cultured Magazine, Financial Times, Interview Magazine, The Robb Report, and NY Magazine.

Amoia has been named By VOGUE magazine as “one of the Young Interior Designers to watch” and has most recently received the “Rising Talent” award by the prestigous Parisian Maison & Objet Fair. Amoia has recently designed several large scale ground-up California estates in Malibu and Del Mar, overhauled gut renovations in prestigious NY buildings such as 520 Park Ave, 42 Crosby St, a historic loft on Wooster St, and The Atlantic Magazine Headquarters in NY. Also launching this year is the exclusive Itz’ana Hotel and Residences in Belize and several other high end residential and commercial projects. Currently the firm is working on ground up both residential and hotel projects in NYC, Palo Alto, Malibu, San Diego and the Catskills Region.

Most exciting and recently Amoia has ventured into the hospitality world and is launching the highly anticipated wellness and design brand, The Aurum. Noted by Vogue magazine one of the top 20 hotels opening in 2021 nestled away on 130 acres in the mountains in the Catskills

The firm has offices in both NY & LA.